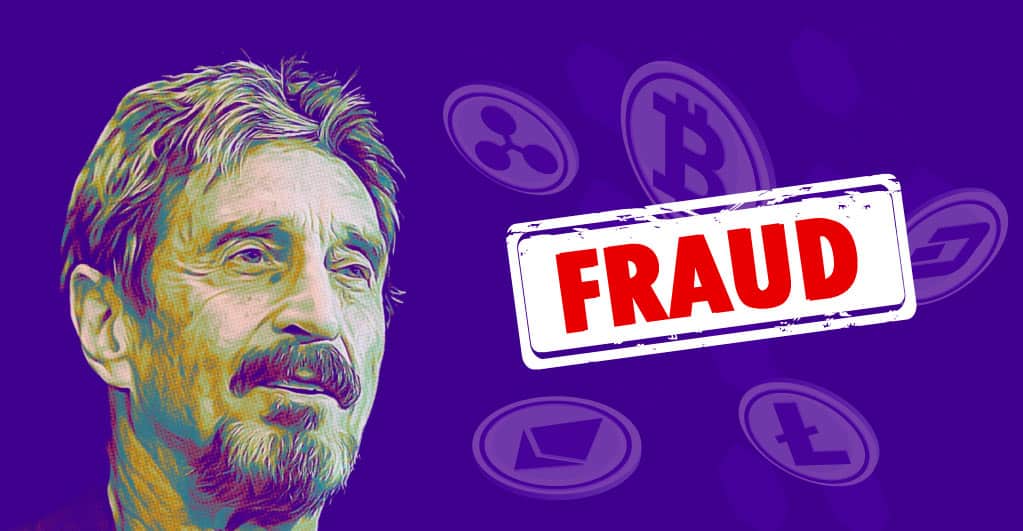 McAfee and Watson allegedly engaged in a scheme to exploit the “broad reach” of McAfee’s Twitter account by buying cryptocurrency assets, concealing a plan to liquidate them, and then selling most quickly after his endorsements boosted prices, the U.S. Commodity Futures Trading Commission. said in a court document filed on Friday.

This is not the first time McAfee has run into trouble with the law. McAfee,75, is being detained in Spain following his arrest there last October on tax evasion charges, which he denies, the US Department of Justice said on Friday. He faces possible extradition to the US.

Watson was arrested in Texas on Thursday night. Watson is a decorated veteran and former Navy Seal. In 2019, McAfee was ordered to pay $25 million for his alleged involvement in his neighbor’s murder while in Belize in 2012. He denied the and refused to pay the amount ordered by the court.

The US Securities and Exchange Commission (SEC) added that McAfee could face 30 years in prison if convicted. McAfee and Watson allegedly ran their crypto fraud scheme between December 2017 and October 2018.

McAfee and his team made over $2 million from their altcoin “scalping” scheme, which was urging his 75000 strong Twitter following to invest in cryptocurrencies like Reddcoin and Dogecoin, then selling off their own holdings as the price rose.

The Justice Department, which brought the charges in a Manhattan federal court, said McAfee and his
accomplices reaped more than $13m (£9.4m at current prices) from the schemes.

268
Previous The World of Crypto Casinos – Weird Yet Wonderful!
Next Bitcoin ATM Market Set to Grow Between 2021-2025