Bitcoin, the first of the many cryptocurrencies, was launched in 2009 by the mysterious Satoshi Nakamoto. Since then, the cryptocurrency industry has grown bit by bit; and as of March 2, 2021, Bitcoin’s market price was $48,979.34. Every person aware of the scope of cryptocurrencies wants to own bitcoins, but how to get them for free? And the answer lies below. 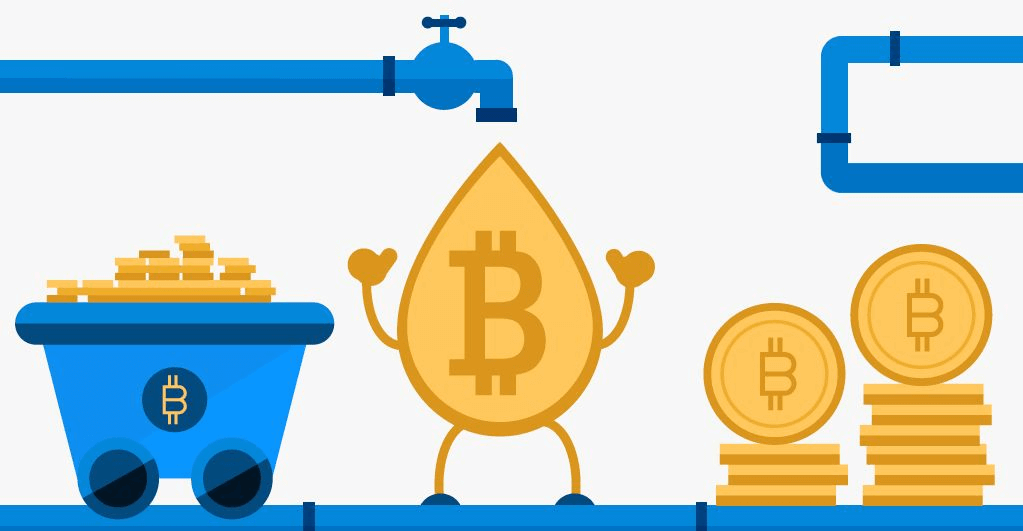 How Do Bitcoin Faucets Work

People who have tried everything to earn free Bitcoin consider a Bitcoin faucet the easiest way to get free Bitcoin. All one has to do is complete certain activities like solving captchas, watching ad videos, visiting the products page, etc., for Bitcoin rewards.

Other than Bitcoin faucets, there are other cryptocurrency faucets as well. With crypto faucets, other than small amounts of Bitcoin, they also give away other crypto coins like Ethereum (ETH), Litecoin (LTC), Tether (USDT), Zcash, Zec coin, etc.

So, what are these Bitcoin or cryptocurrency faucets, and how to make money with them? In this article, we have attempted to provide all the aspects of Bitcoin Faucets.

What are Bitcoin faucets?

Bitcoin faucet is a website or an app that offers Bitcoin rewards to its visitors for viewing ads, solving puzzles, etc. The concept behind the terminology signifies leaky taps dripping water drops, and in this case, refers to the small amounts of BTC rewards. Simply put, a Bitcoin faucet is a reward system that gives away Bitcoins to its visitors for completing a certain task, which may include and not limited to the following types:

Gavin Andresen, a senior Bitcoin developer of The Bitcoin Foundation, introduced the first Bitcoin faucet in 2010. And this faucet gave away 5 BTC for completing specific yet simple tasks. Back then, 1 BTC was valued at $0.08. Also, Bitcoin was yet to find mainstream adoption and application. Nevertheless, the people who visited the first Bitcoin faucet site, especially those rewarded with 5 BTC, are billionaires today, assuming they haven’t spent their Bitcoin holdings.

Significance of a Bitcoin faucet

When the cryptocurrency faucet was first introduced, it was aimed to spread awareness about Bitcoin. Another reason was that a Bitcoin faucet website was one of the few means of acquiring Bitcoins for free as they were no cryptocurrency exchanges. While most fiat currency exchanges also offer Bitcoin today, the exchange rates, transfer, withdrawal, and deposit fees apply.

Compared to buying Bitcoin via a cryptocurrency exchange or acquiring them via bitcoin mining, Bitcoin faucets are the least expensive way of increasing one’s crypto holdings, speculative investments, and portfolio diversification. 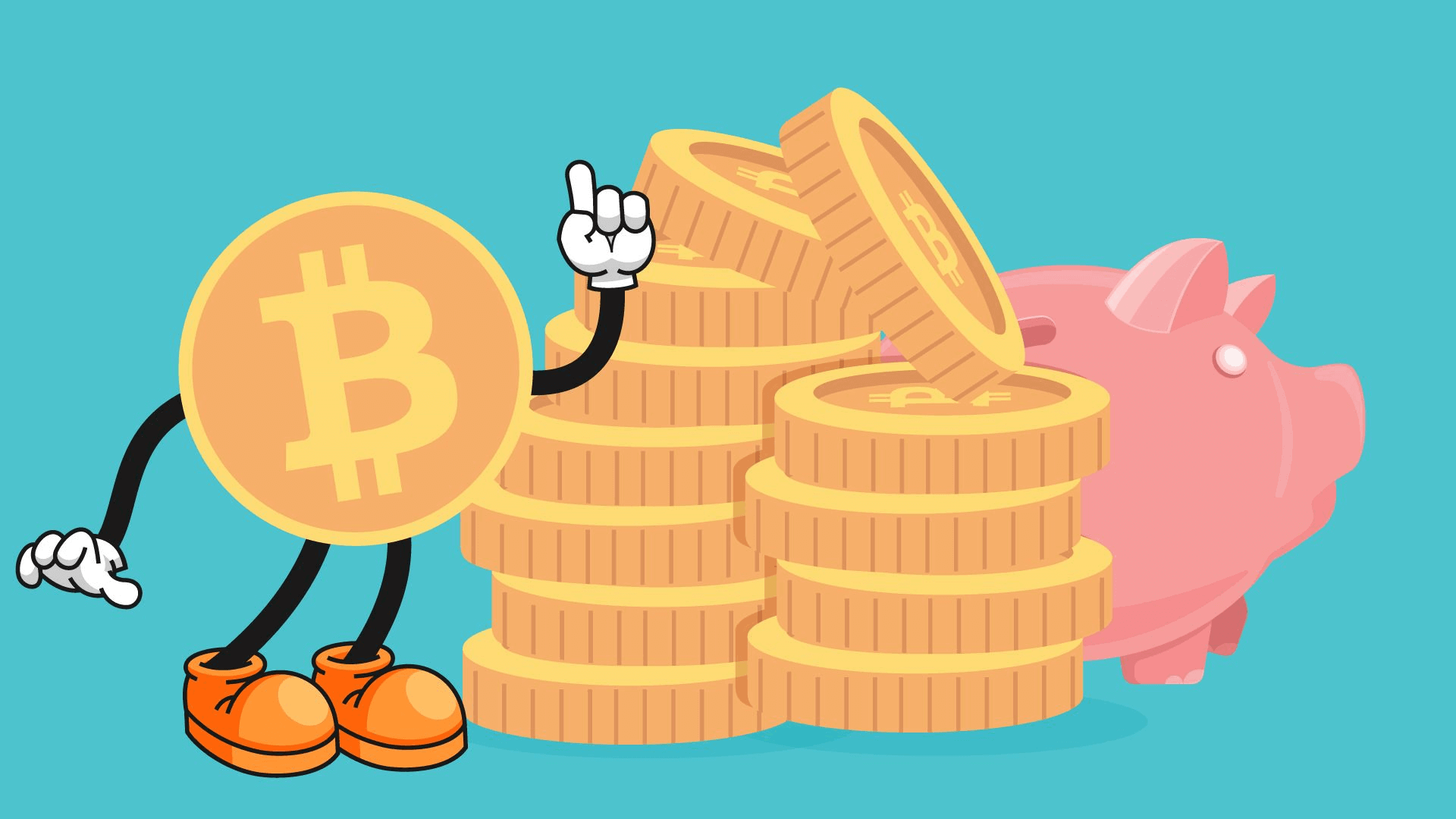 Bitcoin arbitrage is another advantage for increasing your Bitcoin earnings via the cryptocurrency rewarding systems, however, indirectly. The idea is to sell the Bitcoins received at exchanges offering a higher exchange rate to earn money. One can also trade it for other traditional currencies.

While there are many other advantages of earning free Bitcoin via faucets, there is also a downside. That is the small amount of Bitcoin rewarded, which is up to (0.0001 BTC.) Nevertheless, Bitcoin is the most volatile digital currency, making it an ideal digital asset for investment. Moreover, the value of Bitcoin is believed to rise in the next few years.

How do Bitcoin faucets work?

In a nutshell, a faucet owner assigns a certain amount of Bitcoin as a reward for completing a certain task. The task may involve either completing a game, solving a captcha code or puzzles, or simply watching ads, as mentioned in the beginning. Users are advised to note that the tasks must be completed at a certain time.

Faucets make money via advertisements while the users benefit from the Bitcoin rewards. Advertising is the heart of such faucets where the advertiser rewards the faucets, and in turn, the latter rewards bitcoins to their users. All one requires is a personal computer with internet connectivity to operate the site from anywhere in the world. So, here’s how it all works out as mentioned in the below given step-by-step guides for both faucet owners (developers) and faucet users:

The steps are easy to follow so that anyone can set up their faucets provided they are supported by advertisers.

The steps involved for a faucet user/visitor to earn Bitcoins are as follows:

Readers are advised to note that most faucets provide micro wallets while completing the registration process. While these cryptocurrency reward systems may provide crypto wallets, users can opt for third-party wallet services for added safety.

How to make money with Bitcoin faucets?

Thanks to these crypto coin rewarding systems called faucets, one can increase one’s crypto holdings. But how does the rewarding program make money? Here are a few pointers for increasing the site’s revenue. Include engaging video content, games, game credits, etc. Releasing newsletter regularly for genuine traffic, ensuring timely payment of rewards, also set a timer and maintain a regular frequency where the rewards are involved. And, most importantly, ensure the claims made are satisfied.

Yes, Bitcoin faucets are legal in the countries where cryptocurrency coins are legal. Earlier, most of the faucets used Google’s AdSense as a revenue stream. However, at present, faucets cannot use it for ads. The search engine banned 99Satoshis for using AdSense.

We have already established that advertisers make money with cryptocurrency faucets while the faucet user gets free cryptocurrency coins. A faucet visitor often uses junk traffic and junk bots to complete the faucet’s assigned task within a certain time limit. As per our analysis, it also results in spam emails, junk traffic, etc. To earn as many crypto tokens as possible, users employ a robot for completing the faucets’ activities. For this reason, Google has banned faucets, even the most well-doing ones, from using Google AdSense.

Considering the case study of Bitcoin Genie, a faucet site, which is now Milli, was not banned while using Google AdSense as the website owner, 99Bitcoins made sure to remove spammy traffic and robots from the site. It is essential to beware of scammers and phishing attacks where both faucets and users are concerned.

Where to find Bitcoin faucets?

Many people are interested in associating with crypto faucets. They can find well-rewarding sites and also use faucet rotators to increase their earnings. One can shortlist many faucets for their rotator based on the faucet’s reward claims like the Satoshis offered, time reward time intervals, etc. For example, Milli, Cointiply, Moon Bitcoin, BitFun, among others, are some of the well-paying faucets.

This is the main question that comes to mind when considering a crypto faucet. While the answer to this question is in the affirmative, there is yet another important question. And, that is, which is the best Bitcoin faucet with the most Bitcoin rewards?

Providing answers to these questions, yes, Bitcoin faucets are profitable provided one applies the right strategy. The answer to which is the best faucet is the one that provides bitcoins or other cryptos at regular time intervals. Apart from this, the faucet must also provide instant payouts or at a regular time.

Most importantly, the user must use the faucet without any hassle to earn bitcoin and other cryptocurrencies.

Bitcoin faucets seem like the most inexpensive, legal, and safer way of earning free Bitcoin. Thanks to Bitcoin Faucets, visitors can earn free Bitcoins every hour. Another significant aspect is that the basis or fundamentals of all the faucet sites are the same. However, every faucet varies in terms of the Bitcoin reward and activity offered to the visitors. Some of these activities include watching ads, solving captcha puzzles, etc.

In conclusion, to make profits using Bitcoin faucets, choosing the best ones offering Bitcoin rewards at regular time intervals is crucial. This article has provided in-depth information on Bitcoin faucets; and how to make money using one. We have attempted to answer most of the common questions and have provided examples of some of the best rewarding systems.