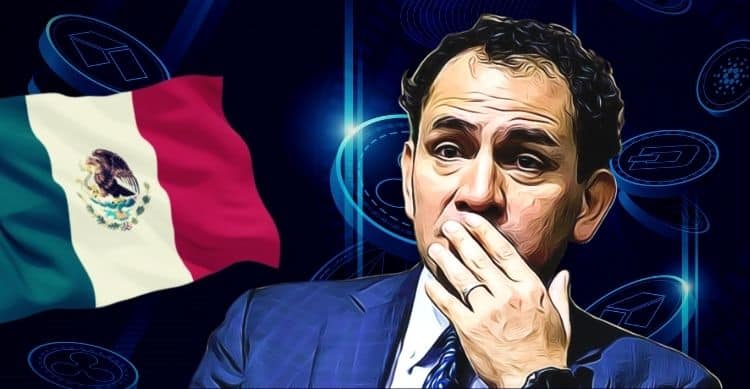 The authorities of Mexico prohibited the use of cryptocurrency right after Ricardo Salinas Pliego, the third-richest person of the country, declared that his bank, Banco Azteca, shall allow Bitcoin transactions. The Bitcoin bull, Ricardo Salinas Pliego, is the head of Salinas Group and the owner of the bank, Banco Azteca. He is currently working on accepting Bitcoin at his bank that is now prohibited in the country. The finance minister’s statement is not explicitly linked with Ricardo’s decision, but it was made within a few hours of the announcement regarding Banco Azteca’s acceptance of Bitcoin.

According to the statement made by the finance ministry, the financial institutions of the country are not permitted to operate cryptocurrency-related services for their customers. The ministry also warned the citizens against the use of cryptocurrency as crypto-assets like Bitcoin, Ethereum, Ripple, and more are speculative assets that are highly volatile and therefore hardly suited as a financial reserve. Moreover, Mexican law has also prohibited using stablecoins and other financial schemes powered by Blockchain technology. The ministry will soon be publishing a four-page long communique to make the cryptocurrency prohibition statements clearer to the general public.