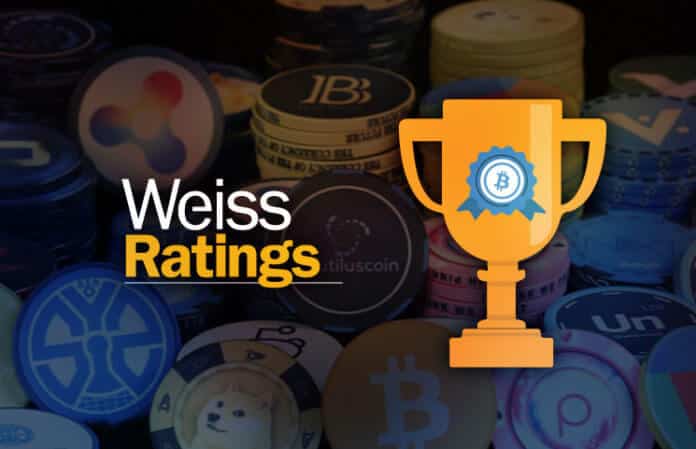 Bitcoin the first cryptocurrency of the world has recovered from the bear market and over the past few weeks bitcoin is rallying over the market. The bitcoin price rise in the market is noticed after a long crypto winter but still remains below its record break level of $20,000 per bitcoin, meantime traders and investors are waiting for important financial institutions and retailers to enter the cryptocurrency market.

Now, the popular cryptocurrency financial rating agency of the world Weiss Ratings announced on Twitter that Binance Coin could be the new Bitcoin.

Weiss Ratings officially tweeted on Twitter: “It seems #BNB is leading the market now- when BNB is up- the market is up- and vice versa. Is BNB the new #BTC? #bitcoin #crypto”

Recently, there was a surge in the bitcoin price, reached to its new level of more than $5,000 mark per bitcoin. One of the smaller cryptocurrencies that have scaled up includes Binance coin –a Malta-based cryptocurrency exchange’s Binance coin. The Binance coin is rallying over the market to its record break level of 2017 and has made numerous headlines.

According to reports, Binance coin is the only digital currency that has performed better than its ATH set in January 2018 at the peak of the bull market. The BNB outperformed ATH only when it separated from Bitcoin, and now you can see that Binance coin is dominating the market, several altcoins are now following the BNB leads.

By examining the market performance of the recent weeks, Weiss Ratings have indicated that Binance coin might be the new bitcoin.

Now, that the cryptocurrency market is completely developed and smaller cryptocurrencies have discovered their own direction independently, without Bitcoin. Binance coin and Ethereum token have paid fees on the Binance exchange which is the largest cryptocurrency exchange of the world by its volume, as per Weiss Ratings.

Earlier, the direction of the market was directed by the Bitcoin.

CoinMarketCap data revealed that in 2019; Binance coin has grown significantly to more than 300 percent. It has gained more than the top 10 cryptocurrencies by market cap.

Binance Chain was launched earlier, and this has led for another Binance coin rally, which defeated its previous high time record of $24, each token.

Earlier in March, Weiss Ratings the cryptocurrency financial rating agency had revealed the ratings which mentioned that Binance coin is one of the best coins along with other coins such as Ripple’s XRP, EOS and Bitcoin. The reports also highlighted that BNB needs to still prove that the increase in its price was not due to its temporary surge.

The world’s biggest cryptocurrencies overall rating was declared in Weiss report in which many of them were ineffective as compared to their tech and adoption grades. The coins that were included in B- score were bitcoin, Binance coin and Ripple’s XRP and those included in C+ score were Ethereum, Cardano, Neo, Tron and Stellar

Binance gaining B- score is due to its current price surge in the market, and the price might not be stable, report author threatened.

The report was named as Dark Shadows With a Bright Future. The letter grades were distributed to those cryptocurrencies who had a better combination of adoption and technology. EOS as be ranked number 1, ahead of its rival Ethereum and other coins.