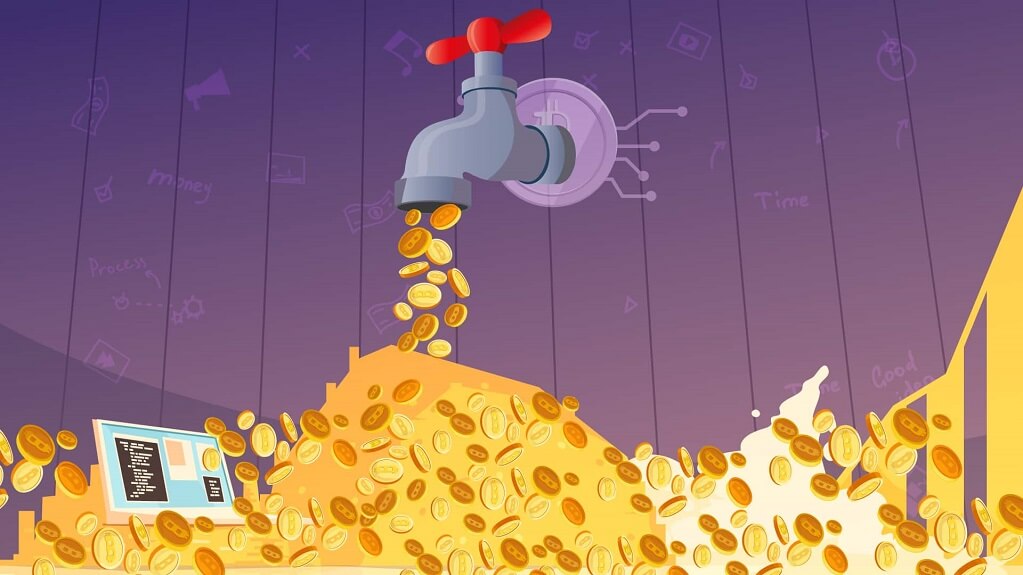 Bitcoin Faucet: All You Need to know

To increase your Bitcoin holding, you can either buy it, trade it, or event stake it. Apart from these probable scenarios, there is another means. With Bitcoin faucets, users can earn anywhere between 0.000001 BTC to 0.0001BTC. While this may seem small, considering the present popularity and trading volume of Bitcoin, it still means free bitcoins.

What are Bitcoin Faucets?

A bitcoin faucet is a website or an app, which rewards small amounts of cryptocurrencies or bitcoins for completing certain simple tasks. Some of these easy tasks include viewing ads and product videos, clicking links, completing a captcha, solving puzzles, completing quizzes, among others.

These Bitcoin or Altcoin rewarding apps and websites are termed faucets as the rewards are equivalent to a leaky faucet dripping water.

The small amounts of bitcoins or other cryptocurrencies are directly sent to the user’s wallet. In some cases, the faucets offer in-built or collaborative wallets, while others require you to opt for external bitcoin wallets.

One can withdraw the bitcoins earned via the faucet only after reaching a set threshold. With some of the best bitcoin faucets, reaching this threshold may take a day, while with others, it may exceed a week. Thus, a lot of thought is required before choosing a faucet as a source of passive income.

How do Bitcoin Faucets work?

The operation of Bitcoin faucets revolves around completing certain easy tasks involving taking quizzes, solving puzzles, completing captchas, etc., and in some cases participating in specific activities. Generally, a faucet owner fixes these rewards by setting a time lock for the participants to claim their rewards.

For registering with a Bitcoin faucet, you must enter your details and also your wallet address. The faucet will usually provide you with a micro wallet for collecting the small crypto rewards. Most often, these micro wallets are automatically activated once you sign up with a Bitcoin faucet. And, once the rewards reach a minimum threshold, they are sent to your Bitcoin wallet.

How do Bitcoin Faucets make money?

Bitcoin faucets make money via ad placements, which power the faucet websites and apps. Faucets earn money through these advertisements either through PPC (Pay Per Click) or Pay per Impression. As a matter of fact, a Bitcoin faucet is only active or is in service as long as it earns revenue through ads where the said revenue is higher than the bitcoins given away as rewards to the users.

Simply put, Bitcoin faucets are fuelled by ad revenue as long as it is higher than the bitcoins rewarded. So, how much money can a user make from these Bitcoin faucets? While the tasks may seem simple enough, they involve time. And, as the rewards are in tiny quantities, users must ensure to visit different faucets, for which they can use another site, known as a faucet rotator.

How Much Can You Earn from Bitcoin Faucets?

Every Bitcoin faucet has a different reward amount, which, as indicated in the beginning, is around 1000 to 10000 satoshis. For making money via Bitcoin faucets, it is essential to register with more than one faucet. And, the key is to select some of the best paying Bitcoin faucets and use a faucet rotator to increase your wins.

A lot depends on selecting the right Bitcoin faucet. As mentioned before, a Bitcoin faucet is only in service as long as the ads generate revenue. That said, every day, new faucets are created while older faucets may run out of service. And, the trick lies in choosing a better paying, active Bitcoin faucet.

Bitcoin faucets rely on ad revenues. As long as these ads are generating enough revenue, which is significantly much higher than the bitcoin rewards given to the platform users, the Bitcoin faucet is deemed profitable.

Importance and Characteristics of Bitcoin Faucet

‘The Bitcoin Faucet’ (self-titled) was the first bitcoin faucet that was developed by Gavin Anderson. It gave away 5 bitcoins to each user. The rewards given away by bitcoin faucets today range from 1000 to 10000 satoshis only. The objective of introducing bitcoin faucets in particular and crypto faucets, in general, was to spread awareness about the cryptocurrency. The aim was to encourage more people to invest in digital currency.

Over the years, bitcoin faucets have become an alternative means of increasing one’s Bitcoin holdings even though the earnings are quite small. Nevertheless, choosing the best Bitcoin faucet is the key to a stable passive income via faucets. That said, the major characteristic of a good Bitcoin faucet is consistent revenue via ads.

Bitcoin faucets are a surefire means of earning free bitcoins. However, there are hundreds of faucets out there where choosing the best could be intimidating. With Bitcoin Faucets, beggars can be choosers. If you’re a newcomer to crypto, you can find free online tools to earn digital assets. What are you waiting for? Learn, earn, collect, and HODL.  Apart from that, If you are interested in Bitcoin and want to invest in it, then you must know about the Bitcoin Robot platforms. Find out Bitcoin Future which is one the top bitcoin robot amongst all that can help you to make a good profit from Bitcoin.

236
Previous Why Is Cryptocurrency Trading Popular?
Next How To Get or Earn Free Bitcoins?