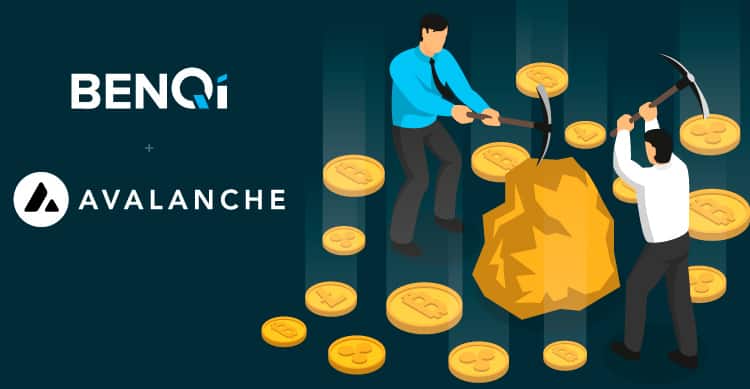 The algorithmic liquidity market protocol, Benqi, has entered into a strategic partnership with Avalanche Foundation to launch the novel Benqi protocol at the program of joint liquidity mining. The platform of Avalanche is renowned for the fast and smooth execution of smart contracts. The seamless and highly scalable network of Avalanche allows Benqi to bridge the gap between institutional networks and DeFi platforms. Ever since the launch of the network of Benqi at the C-chain of Avalanche, the registered users of Avalanche will be able to rake in interests on their assets, earn rewards in the form of QI governance, and secure credit from loans of excessive collateral.

The celebration of the Benqi protocol launch on the 19th of August shall mark the subsequent phase of growth of the DeFi ecosystem of Avalanche. The partnership seeks to allocate $3M of the token AVAX as liquidity incentives for the registered users of the Benqi protocol. The AVAX tokens shall be made available for the users as rewards for those who borrow and lend tokens, including DAI, USDT, wBTC, LINK, ETH, and AVAX at Benqi protocol.

The next development phase at Avalanche will expand various financial primitives of high performance like money markets at the platform. This phase will also witness the creation of the Avalanche Bride. Her robust bridging architecture leverages the power of Intel SGX for supporting quick and secure asset transfer at a low cost among the networks of Avalanche, Ethereum, Benqi, and more.

To date, the DeFi ecosystem of Avalanche Foundation has succeeded in raising more than $233M in the form of total value-locked funds. Avalanche has deployed several decentralized exchanges like AMMs at its leading network to capitalize on the opportunities created by low costs and high speed of transactions. Since its launch in February, the top AMM of Avalanche, Pangolin, has witnessed a considerable trading volume of more than $1.8B+.