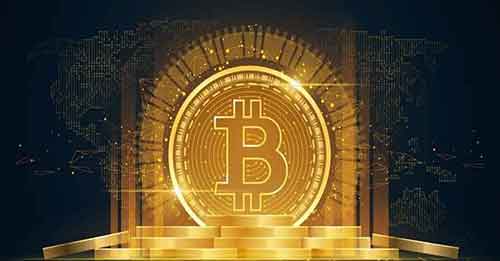 A Brief History of Bitcoin- All You Need to Know!

Bitcoin became a global buzzword when its price skyrocketed to $19,783 in 2017. However, soon after, bitcoin’s prices fell only to rise again, reaching an all-time high of $41,973 on the 8th of January, 2021. Cryptocurrency in general and bitcoin, in particular, has only grown in popularity over the last few years. And, more so, as a trending digital asset for speculative investments.

The mysterious creation of Bitcoin by an anonymous person or group is still a puzzle. Nevertheless, one cannot overlook the potential of the crypto coin as it is the key to diversify one’s financial portfolio.

So, how and when did it all start? Let’s look into the history of Bitcoin and its journey from a valued at nothing crypto token to a digital currency, which is valued on par with gold. But, first. Let’s decode Bitcoin and understand how it works.

What Is Bitcoin & How Does It Work?

Bitcoin is a cryptocurrency also known as digital or virtual currency. It is a decentralized currency, unlike the traditional currencies that are governed or controlled by a single authority. Bitcoin is the first cryptocurrency and the only one that can be used for buying products and services online.

The workings of a bitcoin are quite simple. Bitcoins are stored in cryptocurrency wallets where one can also send and receive bitcoins. All Bitcoin transactions are publicly recorded on an open-source distributed ledger called the blockchain.

Each block in the blockchain network represents a transaction that is confirmed and verified. They are chained chronologically and permanently and thus, prevent users or hackers from double-spending the same crypto-token twice or even manipulating or undoing transactions.

Bitcoin wallets enable users to send, receive, and store BTC in the form of keys, that is, public and private keys. Private keys are used for sending Bitcoin to other users or when spending them, while public keys are used to receive Bitcoin from others.

Public keys are also referred to as Bitcoin addresses, which are similar to email addresses in terms of functionality. Wallet users share their Bitcoin addresses for receiving bitcoins. On the other hand, private keys serve as a secure password protecting your wallet.

After generating the private key, users must make a note of the same to access their crypto wallets. Once lost, one cannot reset it while the funds in the account can never be accessed.

Verification and Confirmation of BTC Transactions

Every transaction is broadcasted to the blockchain network where Bitcoin miners verify and confirm the transaction, and in the process, create new bitcoins; this process is termed Bitcoin Mining.

Only those transactions verified and confirmed are added as blocks to the existing blockchain. Typically, it takes up to 10 minutes to confirm a bitcoin transaction. However, in certain cases, it may take longer when the transaction is put on hold until the assembly of the next block.

History and Creation of Bitcoin

It all started when the anonymous Satoshi Nakamoto published Bitcoin: A Peer-to-Peer Electronic Cash System, a white paper explaining the function of Bitcoin’s blockchain technology. The first Bitcoin block was mined after four months from the date of release of the white paper in 2009. And, the first block mined is referred to as the genesis block.

Following the inception of Bitcoin in 2009, the first cryptocurrency exchange, bitcoinmarket.com, which is not functional now, came into existence. Since then, the cryptocurrency market has grown considerably and continues to grow with the introduction of new cryptos almost every other day.

What is Bitcoin Halving?

Bitcoin halving takes place roughly once every four years. Bitcoin halving is the process where the number of bitcoins awarded to miners for adding new blocks (transactions) to the blockchain is cut in half.

Mining reward expected to be halved from 6.25 bitcoins to 3.125 bitcoins

Mining reward expected to be halved from 3.125 bitcoins to 1.5625 bitcoins

History of Bitcoin’s Price and Value

4,700 BTC, equivalent to $64 million at the time, were stolen from NiceHash. Nevertheless, NiceHash has managed to reimburse almost 75% of the lost funds of their customers.

At least $200 million worth of cryptos were stolen from some of the online cryptocurrency exchanges by a group known as CryptoCore.

Since its creation in 2009, Bitcoin has experienced quite a roller coaster ride with volatility, thefts, and scams. Nevertheless, virtual currency has significantly grown in popularity as both a viable currency for online transactions and a digital asset for speculative trading. The uncertainty of the crypto market has indeed made cryptocurrencies, and especially Bitcoin, a valuable asset for portfolio diversification. If you are willing to buy Bitcoin to make good profit from it then you should choose a secure platform amongst all. There are various platforms and exchanges are available in the crypto space. But nowadays people are using the platform called Bitcoin robots to make huge profits. You can check out one of the most trusted Bitcoin Robots – Bitcoin Circuit. It is a programmed platform that helps you make a good amount of profit from trading. To know more further read out the Bitcoin Circuit review by experts which are available on google.

255
Previous Find Out How You Can Mine Bitcoin on Your Own
Next Why Is Cryptocurrency Trading Popular?