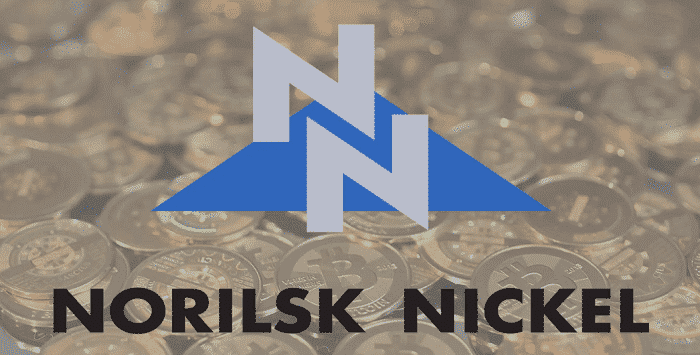 A Russia-based metal company is launching a metal-backed token and a clearinghouse for tokenized products.

The Russian metals magnate, Norilsk Nickel, or Vladimir Potanin’s Nornickel is launching a palladium-backed stablecoin based on Hyperledger Fabric. They joined Hyperledger (a blockchain consortium led by the Linux Foundation) this summer. And reportedly, the Hyperledger Fabric token was developed with the assistance of IBM and would represent the value of palladium.

The oligarch and CEO of Norilsk Nickel, Vladimir Potanin, credited his interest in blockchain and crypto to Vitalik Buterin. He stated,

The knowledge of what he is doing and what he has achieved, of course, encouraged me that the young generation is moving in that direction. [I thought] I should be aware of what they’re doing and why, and I should benefit from this experience.

He also commented that the token would be as paperless as attainable and utilizing blockchain technology is one of the most secure ways to achieve it. Centralized databases can endanger critical information so deploying decentralized technology is the most suited security-choice. It would enable investors to procure the valuable metal, securely, at costs as low as $500.

The tokens would be backed either by the company’s commitment to delivering supplies of palladium or by palladium deposited in metal accounts in Russian banks. This will let the company receive funds from investors to operate in the North of Siberia. The banks are planning to make all the crypto ownership facts and figures public to confiscate cryptocurrencies from the illegal possession of fraudsters, but at the same time, they want to allow people to make use of cryptocurrencies legally.

“We are trying to digitize all our sales contracts because it looks more efficient, transaction costs are lower and it adds flexibility for our clients. If you don’t need a certain amount of material, you can split a token into parts and sell it to other clients. And for us, nothing changes: we ship palladium and clients get as much as they need,”

Potanin spoke about how easy it is to manage a contract if it is tokenized while citing an example of auto companies that sometimes orders too much palladium and has to renegotiate their contracts and get less than what they initially ordered. He also included that the palladium tokens will be available not only to stocks and asset managers but also to retail investors.

For example, you see palladium is going up, but you can’t go to Norilsk Nickel and buy palladium for several million dollars. Say, you have $500 in your pocket, and you want to bet on the price of palladium. You enter our platform and get a little portion of palladium in a tokenized form.

Norilsk Nickel’s intended exchange would support the trade of its new palladium-backed coin and will also allow other exchanges to list their commodity-backed coins on their platform.