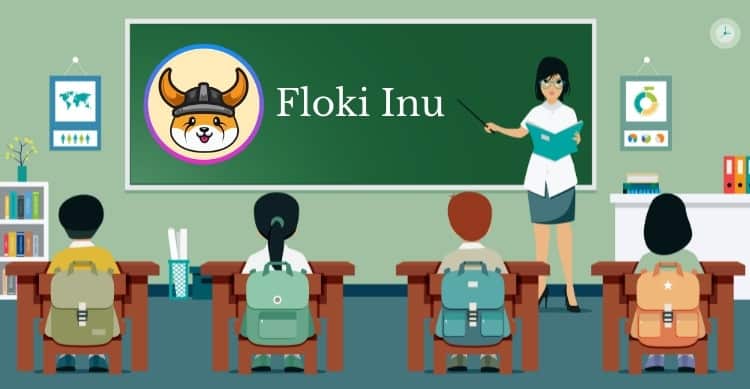 Revealing its plan to build three schools in three different locations, the team behind the Floki Inu ($FLOKI) cryptocurrency said that they would take this initiative as it’s aligned with the principles and objectives of the project. The locations for building the schools are Nigeria, Guatemala, and Laos.

These schools will be built in partnership with several other organizations, and according to the specific details, the building in Nigeria will have six different classrooms in addition to housing the facility of a technical block, library, computer lab, and administrative office. This particular school in Nigeria will be built in partnership with the United Nations Economic and Social Council NGO, Tabitha Cumi Foundation that has been instrumental in helping and empowering more than 10,000 girls and women globally. This school will specifically serve the underprivileged agrarian community in Nigeria, which has a total population of around 3500.

The school in Guatemala will consist of two classrooms, while the one that the team aims to build in Laos will be housing three classrooms in total. These structures will be built with the help of Pencils of Promise, a global movement that has already made a contribution to making more than 580 schools across the globe.

It is important to note that Floki Inu has already made a name for itself in the cryptocurrency world, and after launching a specific advertisement campaign in Israel, digital currency is all over the news. The campaign has already become popular, and it is being featured in the 20 most important cities in Israel. It is being displayed on eight walls, 180 signs, and billboards.

73
Previous Why Is Crypto Gambling Beating Traditional Gambling?
Next Tips to Bet on Sports with Bitcoin From Experts