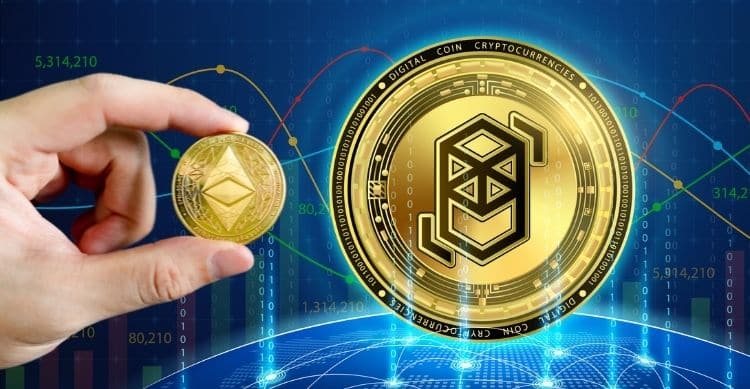 Fantom Races Ahead of Ethereum in Terms of Daily Trading Volume

A cryptocurrency project from the top 30 list overtakes Ethereum in terms of the daily trading volume. According to the reports from CoinGecko, the 32nd ranked cryptocurrency Fantom has better mobility than the second-largest ETH token. This nascent project has pulled off this feat with a market cap of $4.7 billion, which is just a tiny fraction of Ethereum’s market cap of more than $350 billion.

The Fantom project was developed by Michael Kong in 2018. However, the mainnet was launched after more than a year since its creation. This project was designed to provide an alternative for the existing proof-of-stake and proof-of-work methods used for validating the transactions. The Asynchronous Byzantine Fault Tolerant is the consensus mechanism used in Fantom in place of the existing models found in Ethereum or Bitcoin. Moreover, the hyper-block system of this blockchain provides more security during the validation process. Such utilitarian features helped the native FTM coin gain a significant portion of the market ever since its inception. According to this comprehensive and analysis-backed FTM price prediction, the coin has the potential to give 200% profit for the short term and 500% for the long term.

Now, the coin has achieved a new feat to add to its collection. FTM trading volume for the last 24 hours has surged well over the trading volume of ETH for the said period. The reports of the hike in trading in volume come as the token surged nearly 7% as the market closed for yesterday. Positive price action in the $2 range seems to be what attracted more investors to the Fantom system. Moreover, the long-unaddressed issues on Ethereum, such as higher gas fees and slow transaction speed, have also propelled such a shift of investors into the new ecosystem.

However, Fantom has its downsides as well that could hinder its emergence against a force like Ethereum. Although FTM has all the traits of a decentralized currency, it is only a Directed Acyclic Graph. Ethereum, on the other hand, is a dedicated blockchain that could bring better stability and security to investors. The budding project also comes with a market cap that is in no way comparable to giantly figures of Ethereum.

Still, Fantom is considered a profitable venture, given the many upsides of its technical infrastructure. As Bitcoin is expected to enter the bull run, experts believe that it would also reflect on the smaller ecosystems. On top of that, Fantom as a separate project has been getting a lot of attention lately. Prominent names from the developers’ community have established their den in the Fantom ecosystem. Projects like Tomb Finance and Liquid Driver Finance are also lining up to be launched on Fantom, making it a worthwhile asset, alongside Terra and Luna, for yielding.

57
Previous EOS Expects Bullishness With the Minimum Target of $3.6
Next Bitcoin Boom Making It Hard for Advisors to Guide Clients